Praying for the Faithful Departed 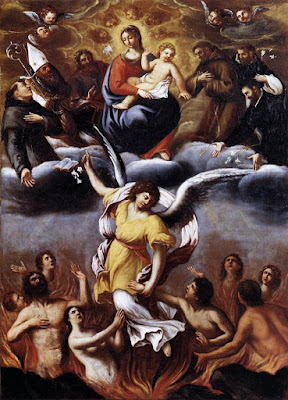 November is traditionally the time to remember to pray for the faithful departed: our family members, friends and strangers.  We can have a mass said for someone, pray the Rosary or pray the chaplet of mercy.  Purgatory is a state of purification from the guilt of venial sins or the temporal punishment due for mortal sins that have been forgiven in confession.

St. Faustina often had encounters with the souls of the deceased, especially the recently deceased sisters in her own order who asked her for prayers or masses.  Sometimes she saw them suffering in flames.  Sometimes they would visit her again to thank her for having masses said and praying for them.

Some people go straight to Heaven but many need the purification in Purgatory.  Poor souls who die in the state of mortal sin, deadly sin, go to hell for all eternity.  There is no use in praying for the souls in hell for they will never escape it.

May the Lord help you pray for the dead today.

Pete
Posted by Pete Mason at 1:34 PM No comments: 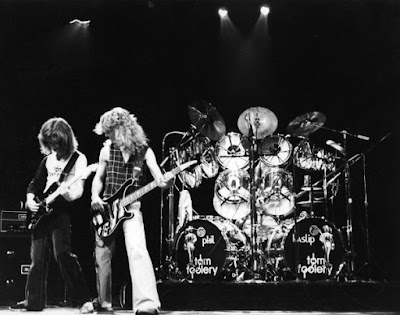 Hello!  Last night Cyndie and I began creating a book trailer for my memoir, Radical Shifts.  We imported 13 photos from my life into her computer and, using iMovie, started to create the trailer. Cyndie found some inspiring music to be in the background and she will narrate the video using the review that our friend Derek Darling gave the book.

The photo today is of me playing bass in our band Tom Foolery.  Steve Jensen is beside me playing electric guitar and Phil Haslip is on drums.  The show was around 1980 at the James Cowan Theatre in Burnaby, BC, Canada.

The trailer will feature a shot of me when I was a young boy playing guitar with my dad in the photo and then onto various bands I was in and then showing me praying in Rome with my hair cut short and then ordained a priest and then in the band Myztery after I got laicized after 10 years of priestly ministry.

Have a great day!

Pete
Posted by Pete Mason at 11:59 AM No comments: 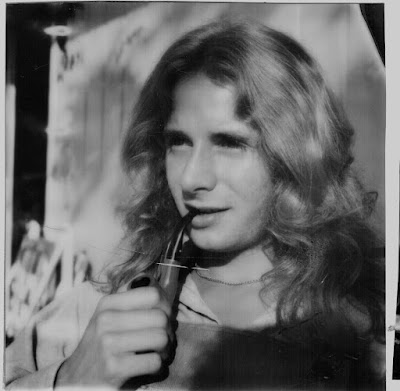 Today Cyndie and I went to the memorial mass at St. Thomas More Collegiate, my old high school until grade 11 (I graduated from Burnaby South).  They remembered deceased former students of STMC including my brother Dave.  Dave was a great guy and very gifted lead vocalist.  He sang in a couple of bands and also sang and played guitar in the church choir at St. Francis de Sales in Burnaby.

I have contacted a local drummer who does studio work to see if he will record on our album with us for some of the songs that are not rock style.  Rob Queen, our friend, will play the rock style songs.  We plan to start recording this Saturday in our home studio in our condo.  I will record acoustic/electric guitar and a rhythm track to keep time and possibly a bass part as well.  Eventually Cyndie will record a keyboard part for the song. It is a rock ballad.

Our Radical Shifts book launch is Saturday, December 14th, 7 pm at Me n Ed's pizza parlour in Burnaby on the corner of Hall Ave and Kingsway.  From now until November 30th get a great deal!  For only $15 plus $5 shipping you get the paperback book and our Myztery "Listen to the Heartbeat" album!  Visit https://www.myztery.net/store/p13/Radical_Shifts.html to get your book and CD!

Pete
Posted by Pete Mason at 2:59 PM No comments:

Celebrating the Life of Keith Bennett 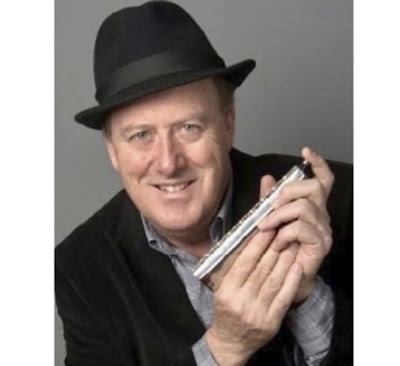 Today I am attending the Celebration of Life of musician and harmonica player Keith Bennett.  Keith was a good friend of our friend and lead guitarist, the late David Sinclair.  They formed a duo, David played guitar and Keith harmonica.  Here is a song called Blue Sky they did:   https://www.youtube.com/watch?v=eE9M_s2DRC0

Keith and I were friends on Facebook but I never met him personally.  I know he loved a missed David a lot when David passed away.  May they play together at the Great Gig in the Sky.  Life is short and we never know when our time to leave it will be.  Heaven is our goal and we should always be focused on loving God and others in this life and using our talents to bring joy and peace to others.

David and Keith both used their talents to spread a lot of joy to the world. Cyndie and I are ready to start recording our 5th Myztery album.  We will wait until this coming Saturday to start recording as we are too busy this week to do it.  Have a great day!

Pete Mason
Posted by Pete Mason at 12:10 PM No comments: 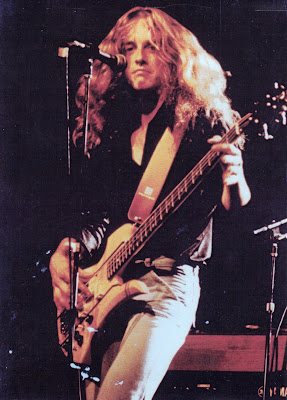 Playing bass in Tyranny around 1982.


It's official!  We are recording our 5th Myztery album starting tomorrow, Saturday, November 2nd in our home studio!  We got the glitches worked out with the monitoring system.  Rob Queen will play drums.  We will start with a song I wrote back around 1984!  It is a powerful rock ballad.  I sang the song live at a show in James Cowan Theatre in Burnaby with my progressive rock trio Tyranny.  That was our one and only show!

We will be taking down our Myztery albums from Spotify and iTunes and many other stores as there has been some confusion because there is a solo artist named Myztery and our music ended up on his account.  We will release our music on these stores as Myztery (Official).  This will also line up nicely with our other social media tools like Facebook, Twitter, etc. as they as myzteryofficial

I plan to record my acoustic 12-string guitar on at least one or two of the songs.  I got that guitar probably around 1978 or 1979 and it is my oldest guitar.  I have a solo gig in Mission tomorrow and Cyndie will come along for the ride.  I am going to confession, adoration and All Saints mass at Corpus Christi church tonight.  This is our weekly practice to go to Corpus Christi.

Have a great weekend!

Pete
Posted by Pete Mason at 4:43 PM No comments: