First the Book, the the Movie! 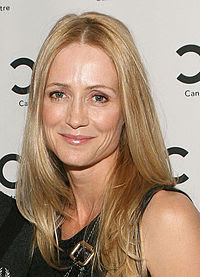 Greetings!  Yesterday we printed the final copy of my memoir, Radical Shifts.  We will do one more final edit with the paper book before submitting it to the printer in Ontario in July to be ready for launching on September 14, 2019.  It is a nice change to be working with pen and paper instead of a computer screen.  There will be about 15 photos in the inside of the book.

Cyndie has been a huge help in the editing process.  She has a background in teaching English in high school in Ontario.  We are hoping to start recording a Myztery Gospel album with classic Gospel hymns on it.

I have a solo acoustic concert today in Coquitlam in the afternoon.  Yesterday was my 25th anniversary of being ordained a priest.  I celebrated by attending mass at Holy Rosary Cathedral in Vancouver, where I was ordained in 1994.  I took the manuscript down and laid it before the statue of Our Lady of the Rosary and asked for her prayers.  I then took it in front of the Blessed Sacrament in the Tabernacle and did the same.  Then I went for dinner at White Spot across the street.

On the way down to the Cathedral I met a woman who is a friend of the Canadian actress and move producer Kelly Rowan.  She said if she likes my book she will get in touch with Kelly to see if she is interested in doing a movie based on my book.  Kelly Rowan looks a lot like Cyndie and she is the same age, so she could play the role of Cyndie in the movie!